Coming to Lisbon and not going to Chiado is like going to Rome without seeing the Pope. This touristic area begins at Brasileira Café, on Rua Garrett. Opened in 1905 one of Lisbon’s ex-libris. On the side walk you will find different urban tribes and a statue of the famous Portuguese poet Fernando Pessoa, who offers his laps for tourist photos.Nearby, you will discover two churches: the Church of Loreto, built in 1528 by the Italians living in Lisbon, partially destroyed by the 1755 earthquake, rebuilted later and the Church of Encarnação, from 1708, also destroyed by the earthqwake and rebuilted later. But Chiado has more than just two churches to see.Luís de Camões square, is not just a passing place. Sit on the steps of the poet’s monument and enjoy the bustle that Chiado has. Do not leave Chiado without seeing the theatres. São Luiz Municipal Theatre one of Lisbon’s first cinemas, today a municipal theatre with a rich and varied programming, also Teatro Trindade and the S. Carlos Opera House.This is one of the city´s best shopping areas. You will find international brand shops (Hermès and Hugo Boss, for example) and great Portuguese designers like José António Tenente .Here you often may see public figures, mainly artists. There are several art schools in the area, like the Fine Arts University. Even if you are not an expert, see Chiado Museum – National Museum of Contemporary Art, besides well-cared exhibitions, it has a pleasant patio to have lunch or just drink a coffee. There is also a big offer for meals in Chiado.Walk the streets with care, the movement on the sidewalks is always heavy and the trams are constantly passing. You are in Lisbon. And Lisbon never stops. 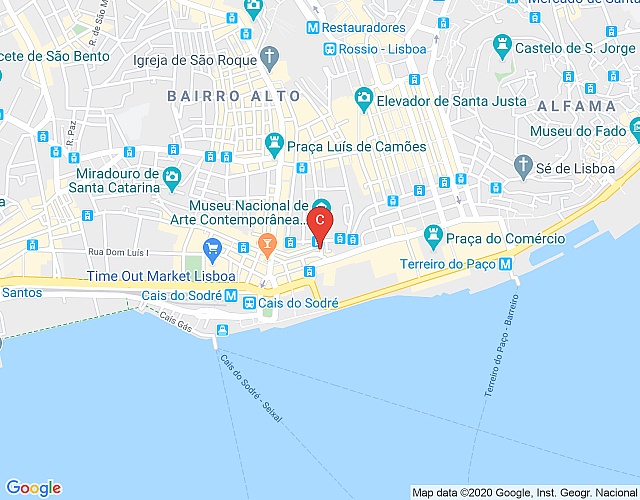